This site uses cookies to provide and improve your shopping experience. If you want to benefit from this improved service, please opt-in.
More Info
Save Preferences
Brother To Brother | BlogFashionHow To Create A Staple Style | Anthony Joshua Edition
Menu
Fashion

How To Create A Staple Style | Anthony Joshua Edition

.How To Create A Staple Style.

Anthony Joshua also known as AJ, Joshua & Femi is the British Gold Medalist who is now the undefeated WBA, IBO & IBF Heavyweight Champion of the world with a record of 19 wins, 19 knockouts and 0 loses. This man is a true inspiration to every young man out there that has or is going through the same struggles AJ went through in his earlier years and come out the other side a more humbled, rounded, role model that every boy in the UK or the world can aspire to be like. This is a true rags to riches story with the man himself still keeping his feet firmly on the ground with his head focused on the tasks at hand within Boxing & Business.

Who Are You? | Find Your Own Identity

We believe that finding your own identity is just being yourself and being real which AJ at all times. So, we thought the best way to start with how a haircut can say it all about you. Anthony goes to the infamous barbershop in North London called Slidercuts owned by the talented Mark Maciver who cuts AJ’s hair on a regular basis. This is where it shows how normal Anthony is, being heavyweight world champion he doesn’t have to show his face in your local barbershop but he still does as it is his normal routine and feels like home to him. We can say for sure that this man is through and through the peoples champ!

Develop Your Wardrobe | Tailor Made Champ

Anthony is a tailor made champ who takes looking good seriously, so he spends the time to perfect his style with one of one suits for special occasions like his GQ shoot which you can see above and below. He also likes his shirts to fit snug as he spends all of his time in the gym to get in greek god like physical shape for fighting but also so his clothes can compliment his physique. This also goes with his tailored jeans as he has to get the correct fit for his legs which are muscular being an athlete and world champion boxer.

Anthony Joshua is the perfect example of changing your life around to become a crossover superstar within the sport of Boxing. He has come from Watford, Hertfordshire getting in trouble with the police, being banned from the district plus much more you get up to when you’re caught up in that life then to move on from all of that thanks to boxing which led to him being the Unified Heavyweight Champion of the world.

AJ has now become hot property with household companies around the world with such brands as Under Armour, Lynx, Lucozade, Beats by Dre plus many more which will be going through in blog so show how he is not just a boxer but an amazing businessman.

BXR Gym (London) – AJ has used his knowledge, love for the sport of boxing and the lifestyle that he has become a major partner in London’s Brand New Supreme Boxing Gym “BXR” which is located in Marylebone.

Anthony said “I spend the majority of my life in the gym so I know what is required to make a truly great one. I was absolutely blown away by the passion and enthusiasm of the BXR team to create something that does not exist in London currently. Together we have pulled together the best coaches, medical teams and equipment in the business. This is a truly unique offering and what is more it is in the heart of London. I can’t wait to kick off my London sessions at BXR.” 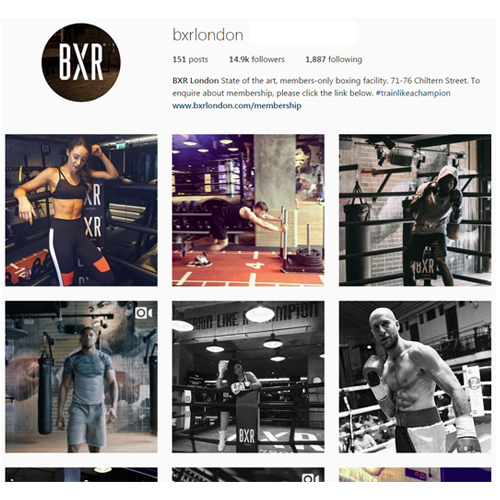 Under Armour – Anthony has spoke of his multi-year deal with Under Armour saying “it is a partnership that has been incredibly successful to date, the brand has helped me increase performance with custom products and new technologies.”

Lynx – He started the journey with Lynx back in 2016 with the “Men In Progess” campaign which then lead to the deal going further with him being chosen as the face of their “Men of The Moment” campaign.

Lucozade – Joshua signed his deal with the company starting with his “Made to Move” campaign which shows his struggle from his past troubles to becoming the unified champion of the world.

Beats by Dre – In December, AJ featured in the advert for the Beats by Dre which was created by Dr Dre and Jimmy Iovine. He also spoke to the man himself Dr Dre over skype before his recent fight with Klitschko.

EQ Nutrition – Anthony Joshua is a great example of the modern day athlete with his fitness levels and his bodybuilding style physique he is admired by many. However this is not just based on having great genetics. Anthony is an athlete who takes his strength and conditioning training and nutrition very seriously. So the AJ Elite Series designed by EQ Nutrition for Anthony Joshua was born. The range currently consists of two products and a Smartshake and this article will give you a full breakdown of why each product was developed and how it has benefited Anthony in his intense training camps.

Jaguar & Range Rover – AJ has a lucrative partnership with the the company saying “when I pull up in a Jag, it’s like a watch. Certain watches, everyone has, but there are certain watches only a few people know about.”